Resurrecting my Macintosh Plus

I wanted to extend my vintage computer collection with a classic, all-in-one Macintosh for a long time. Unfortunately, they are not so common in Europe as in the US and the costs of the shipment are often higher than the computer itself. Sometimes you may find something on the local auction portal, but usually it costs a lot.

That’s why I was really happy to find a Macintosh Plus in an attractive price. However, the low cost was justified — according to the description, the screen was dead, it also lacked of the mouse and the keyboard. Who cares, I’ve got it anyway. The worst case scenario — I’ll get a modern art sculpture.

So, the first thing to fix was the screen. I hoped that it’ll be enough to turn the brightness knob, but it wasn’t the case. Internet forums and the amazing book about fixing classic Macs — Macintosh Repair and Upgrade Secrets — suggested that the black screen is often a symptom of the cold joints in J4 connector. I get all of my engineering skills and touched the offending pins with the solderning iron: 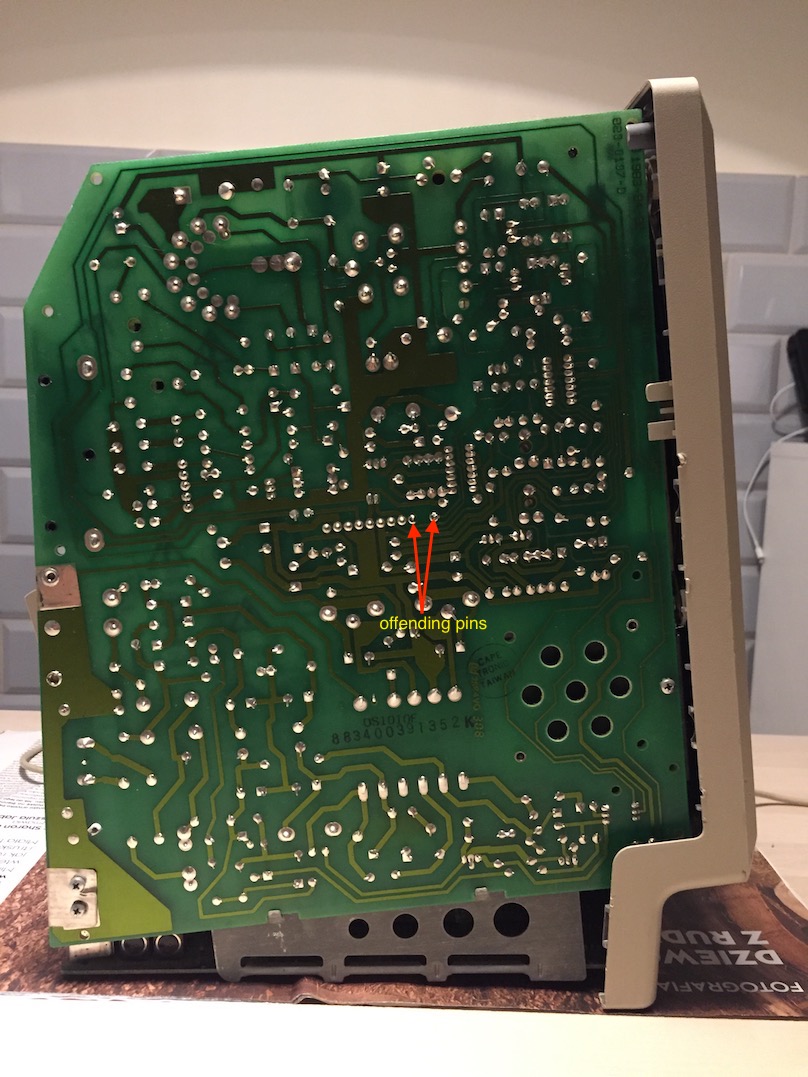 After switching the Mac on, it presented a beautiful icon of floppy disk with blinking question mark:

So I bought this little guy last week. It had broken display and I've just fixed it with the soldering iron like a freaking MacGyver! pic.twitter.com/0FkbgleC8k

I’d never been happier in my life and danced around the room seeing this icon :) An interesting thing that I also found in the Mac was this box of old batteries: 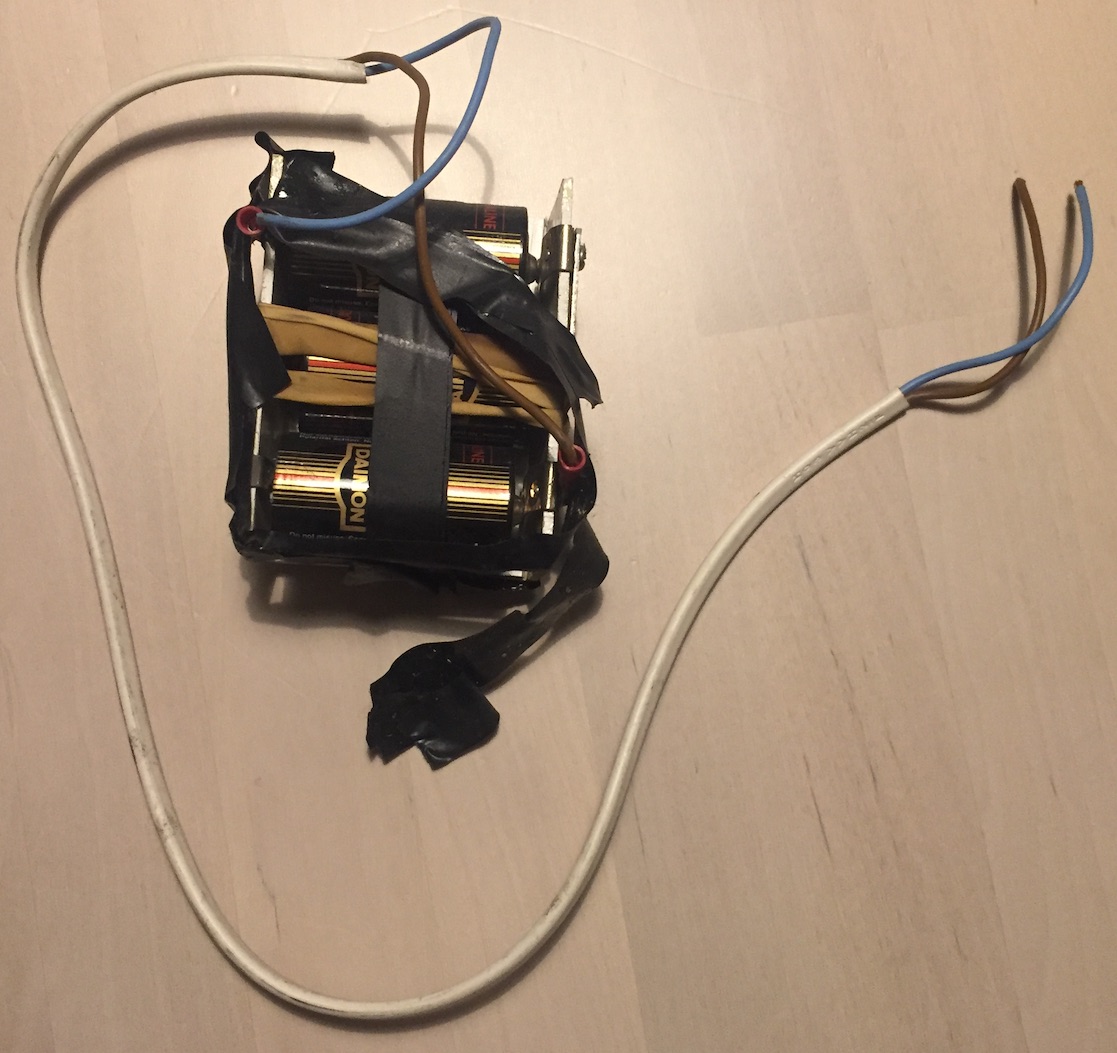 Apparently the previous user tried hard to keep the internal clock powered, without the original battery.

You can’t do much on a Mac without a mouse. The Mac Plus uses a different kind of mouse than PCs or even later Macs. Some people were able to convert an old, ball mouse so it’s compatible with Mac Plus. However, it seems that it’s much easier to use Amiga or Atari ST mouse - it have the same internals, the only difference is pinout. Two DB9 male connectors and a bunch of cables did the trick: 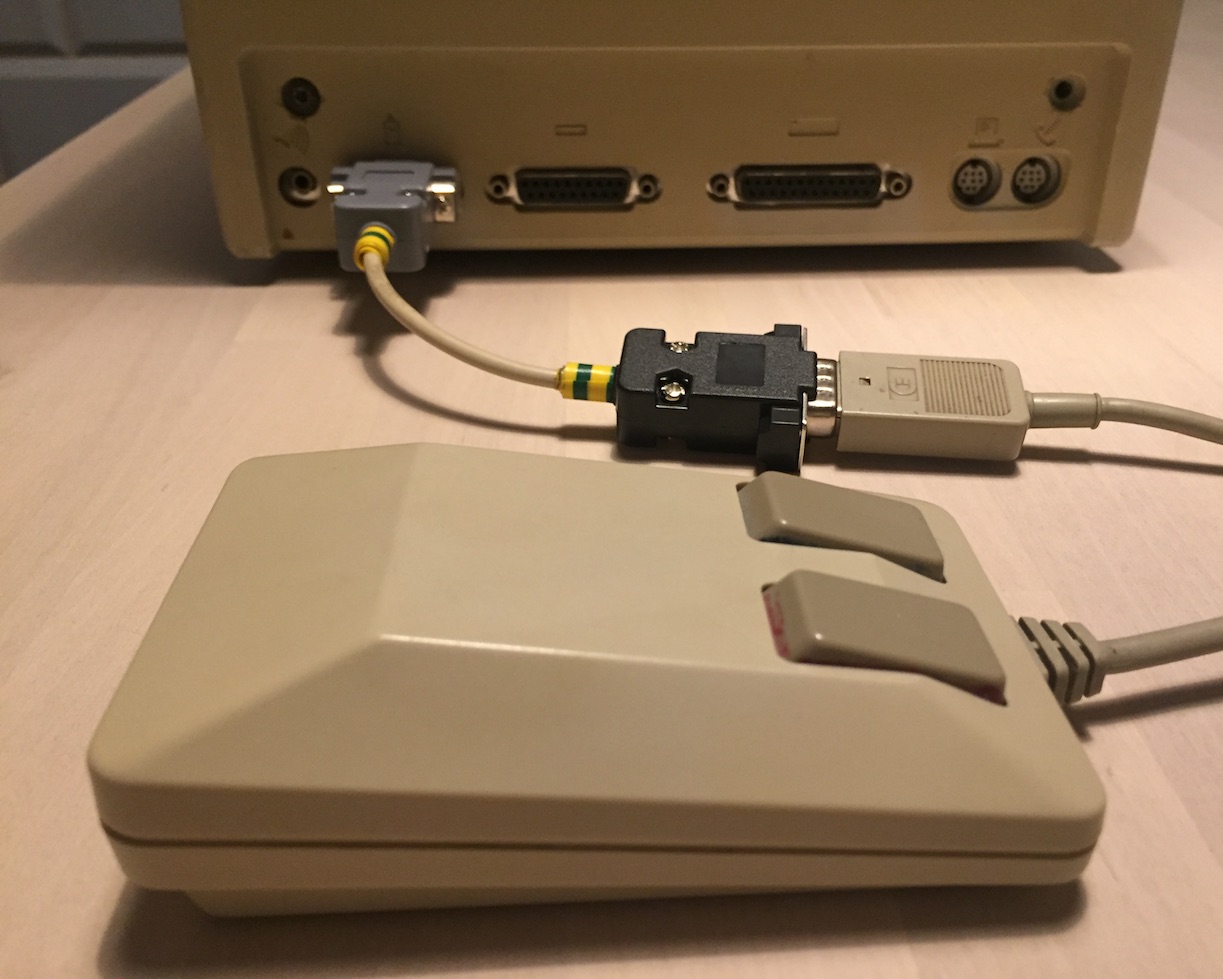 I guess that you can also connect an USB mouse, using the USB-to-Amiga mouse converter (eg. Jerry and the custom DB9 pinout as above).

At this point I was able to move the mouse pointer on an empty screen with a blinking floppy icon. In order to move things forward, I needed a system. One option is the Rescue My Classic Mac webpage offering a complete set of floppy disks, containing system, games and disk utilities.

I took a different path and asked on a Polish Facebook group dedicated to the old computers and game consoles. In a few hours I was contacted by a few people offering their help. Eventually, I’ve got the system disk (and the Lemmings game) from Paweł - thanks!

Mac Plus memory can be easily upgraded from 1 to 4 MB. All you need is a bunch of old 1MB SIMM modules (preferably with 8 or 9 chips). I’ve bought 4 such modules ($1 per module), installed it in the Mac and cut the resistor leg: 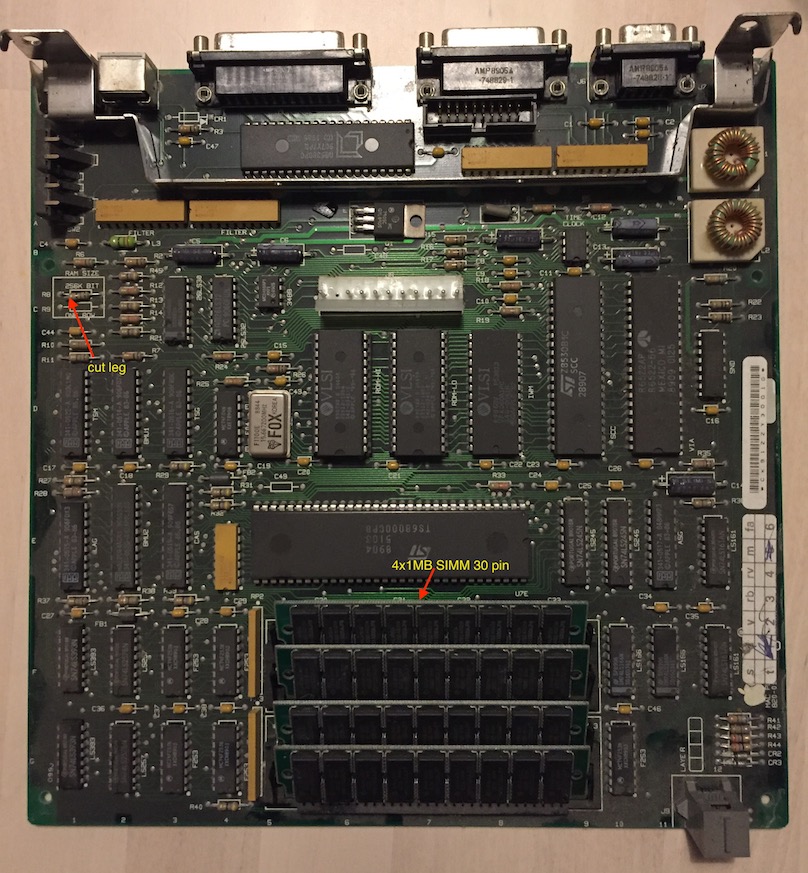 The last part was a bit scary (what if the RAM doesn’t work?), but everything went fine and now I can enjoy 4 times bigger RAM: 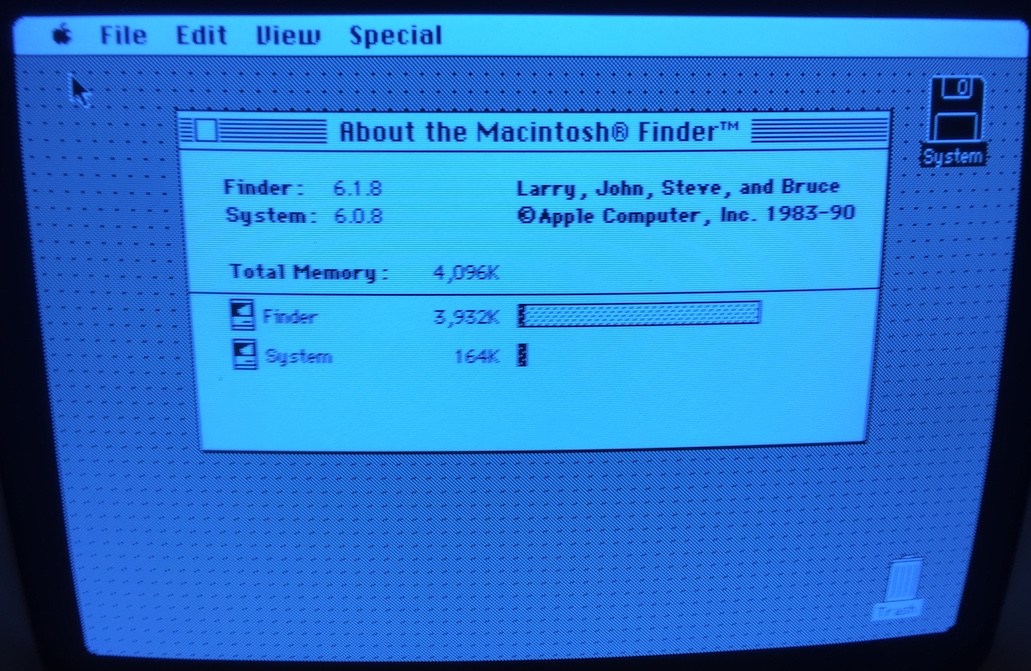 In case of computers like Macintosh Plus, with its innovative GUI, the mouse is much more important than keyboard. Still, sometimes it’s good to type something and my Mac lacked of the keyboard. As you may guess, it’s not a standard PS2/USB/ADB keyboard, but a device specific to Mac 128k/512k/Plus models. It also has a strange connector - the same as for old phone sets.

Using resources available in the internet, like this blog post and Mac Plus technical information I was able to create an Arduino-based converted that allows to use a PS/2 keyboard with Mac Plus. I think it’s pretty neat:

The project can be found on my Github.

Macintosh Plus, unlike the later models, comes without a built-in hard drive. Floppy disk drive is the default storage device and it isn’t great at all — unreliable, slow and offering little space.

The computer has a SCSI port, so we can connect an external storage. External SCSI hard drives (even the old and small ones) are a bit pricey, but there’s an interesting alternative: IOmega ZIP drive. It’s often used as the main storage for the classic Macs and 100 MB of the disk space it offers on a single floppy is more than enough.

After reading a ton of blog posts and forum discussions, I decided to use the IOMega ZIP Init 4.2 driver to format the drive. Another collegue from the retro group offered his help. Using his Powebook 150 I created the floppies containing System 6.0.8 and the driver. Now I was able to install the system on ZIP. It booted happily!

The aforementioned Rescue My Classic Mac also offers the floppies containing System installation and IOMega driver, in 800k format. It may help if you don’t have any classic Mac equipped in the HD drive nearby.

Macintosh Plus is unable to read PC-formatted floppies (even 720k), so I had to find another way to exchange data with my MacBook Pro. I decided to use the serial port connection. Mac uses Mini Din-8 RS-422 standard, but it can be easily connected to the DB9 serial port. For some reason the X/Y/ZModem file transfer didn’t worked, so I was forced to transmit files as binhex-encoded text. It’s very slow, but works and allows to communicate with Mac.

So, from a blank-screened, mouse- and keyboard-less Mac Plus I’ve got this machine:

The final specs are as follows:

It’s an amazing machine and I feel that amount of the work and time I have to spent to get to this state makes it even greater. Probably if I’d bought a slightly newer Macintosh SE/Classic, containing an internal hard drive and the standard ADB ports I wouldn’t have to deal with all of these issues myself. But I don’t regret any second working on it :) I’m just glad that I was able to put one of these little computers back to life.